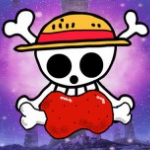 Hi, welcome to Sea of Fools Wiki! Thanks for your edit to the User:FoolishMortalFOOL page.

I had an honest question for you, how are you going to do the admins here? Because I would like to become one, my reasoning behind this. Well I already know your going to think "why should I give this guy admin power?" well then I do wish give my stuff to what would make me a good admin. I know I had a past with T_T so user, mostly the reason I wish to become an admin is for a few reason. The first is to help, over of the ship of fools I seen countless things that I could add a cagteory to or such. But I just felt if I did I would get in trouble, so if I was an admin I could help add things. The next is about templates, I think I do know how to transform them over like the news one and stuff. Ther last thing I really WANT a chance to prove myself to the users, that I can be able to be a good admin even though I am a villian at hearts fufuf. so please get back to me if I can become one or what not thanks!!!!!- Kazekage21

Wat Up Fmf This is inushima. Tag

Yo, me and gen made two of the four chinesses symbols: I got the tiger, gen the dragon. You get the tortoise and wyv got the bird, bc we can.

Firstly, I'm loaded with one hundred voodoo of you dolls right now, So opening fire on me would be very... bad.

Also, I just dropped the yonkou template on your page. set that up however you like. And if you have an idea for what we're calling the comitee pages, let me know and I'll try and get those set up.

Now we're actually getting a system set up for the pages, you've got something to police at last. Simply put, we're setting up a page layout for a universe's overview, and the like. Actually, right now that's all that needs saying, except heads up because now you actually have something to go on.13th madman 20:34, April 8, 2012 (UTC)

Yo Sensei! Whitebeard here! In all seriousness though, seeing as General's no longer a Yonkou here, and SB's sort of gone for the moment, you're pretty much the only guy I can turn to at the moment. The thing is, a user known as Alpha D. Beta here is having trouble uploading his images to Sea of Fools, and has asked me if I knew what was wrong. I guessed that it could have been his computer, and to give it a while, but it seems my guess was wrong, as it's still persisting. Now, the problem itself is that when Alpha tries to upload an image, it tells him the file extension isn't being supported, despite the fact that it's clearly a .png file. Now i'm only parroting him at the moment, since I have NO CLUE what any of this means, other than the fact that his images can't be uploaded regularly. I told him i'd discuss this with the admins (you;) or if it comes down to it, i'd bring it up with wikia.

Now with all that out of the way, here's what i'd like to ask of you. Do you have any idea what's going on? Or even how to fix this problem? Or should I just proceed with informing wikia that someone's having technical difficulties?

Ah, thanks very much, FMF! I'll go and check to see if any of that may be the problem at hand.

I think we need to hold another meeting sometime soon to discuss a few things. I'm inclined to say Two days time. You say exactly when, since I have no idea about continental time right now..

Hello, Fisher Tiger! Sorry for bugging you, but is this allowed in fanon?

Vegapunk, who wished to resurrect the powerful Marines of the past, created this machine, with the power source being the Dyna Stone. The machine, as well as the stone, however, were stolen by the Cosa Nostra, for their plans to resurrect the world's greatest pirates.

Oh, right. The machine requires 24 hours of undisturbed electrical charging, as well as the Dyna Stone itself.

For example, if Brook didn't have the powers of the Yomi Yomi no Mi...

Retrieved from "https://seaoffools.fandom.com/wiki/User_talk:FoolishMortalFOOL?oldid=11893"
Community content is available under CC-BY-SA unless otherwise noted.